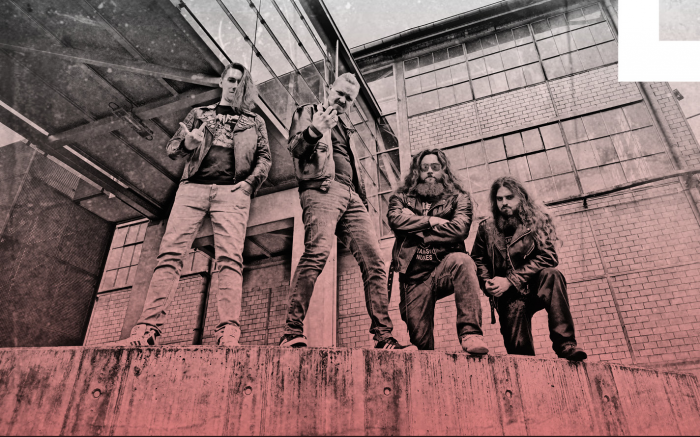 Accelerator’s Heads or Tails. With their debut album "Heads or Tails", the Swiss band Axxelerator unconditionally pays homage to the 80s Bay Area Thrash and impress with razor-sharp riffs, mosh-obligate gang shouts and catchy melodies that will please everyone who worships old school metal.
Originally founded as Rust, the four-member band has changed their name into Axxelerator in 2010. The Swiss combo is clearly dedicated to old-school Bay Area Thrash Metal, but also dares to experiment with other genres of the heavier type, which usually leads to comparisons with Metallica, Exodus or the NWOBHM. Catchy, varied riffs instead of dull bludgeoning - that is the motto of the Lucerne-based band.
After the release of their EP "Soulcatcher" in 2015, the band delivered several successful gigs in Switzerland, before it took a longer time-out due to two line-up changes. In 2021, Axxelerator finally returns with a new line-up, label support and a new record: The debut album "Heads or Tails" is released through Allegro Talent Media and shows the band stronger and more eager to play than ever!

Founded in 1987 out of the ashes of swiss Speed-Metal pioneers CARRION, POLTERGEIST released two well acclaimed demo tapes and played quite a lot of shows in their home country Switzerland and in nearby Germany. After one of these shows where they played with HADES and DESPAIR, Robert Kampf (then Singer for DESPAIR and owner of the freshly started label CENTURY MEDIA) decided to offer POLTERGEIST a record contract. They convinced him with their powerful live appearance and their solid craftmanship on their instruments.
From 1989 to 1993 they released 3 albums and played shows and tours with bands like DESTRUCTION, KREATOR, SODOM, TANKARD, CORONER, WHIPLASH, HELLBASTARD, WATCHTOWER, VOI VOD, RUMBLE MILITIA and many more.  After the last tour in 1993 with CORONER the band split up and partly transformed into GURD.
On New Years Eve 2012/2013, original members Marek Felis, André Grieder and V.O.Pulver met and discussed the old times. after listening to their old records and posting a picture on Facebook, lots of people demanded an immediate reunion..
Sparked by these reactions, Sven Vormann ( Ex-Destruction, Megora) decided to bring order to the chaos and organized some first rehearsals. Soon it was clear that the old magic was back. And to complete a 20 year old dream, they finally found in Chasper Wanner the right second guitarplayer to bring the haunting guitar mayhem from the records also to the stage! In early 2016 bassplayer Ralf Winzer Garcia (Requiem, Wolf Counsel) joined the pack due to Marek’s decision to leave the band. Also Sven decided to focus more on his private business and was replaced by Drum- Maniac Reto Crola (Requiem, Wolf Counsel, Punish). The Comeback album ‚Back To Haunt‘ (unleashed in 2016) was well received from the fans and the press.
Now in 2020 POLTERGEIST finished their 5th album called ‚Feather Of Truth‘ and will release this eclectic Thrash- Monster with their new partners in crime MASSACRE RECORDS on July 3rd 2020.

Founded in early 2014 under a different name, the band would start rehearsing and playing gigs in their hometown area in and around Munich (Bavaria), including smaller club gigs and support for bigger bands like Entrails.
During these years, the band developed a mixture of Death and Thrash Metal, maintaining both complexity and aggression of these styles.
Following a line-up change on the vocals, as well as changing the name to PROCESSOR, the band went into the studio to record a Split-EP with their Death-Metal fellow EGOIST in early 2018, soon to be followed by their first full-length album HELIOPOLIS. The album was recorded at the WALZWERK studios and mixed/mastered at the IGUANA Studios. Soon after the release PROCESSOR hit the stages again to promote their musical bomb.
In August 2020 Processor released their second longplayer SHAPESHIFTER in the midst of the Corona pandemic. 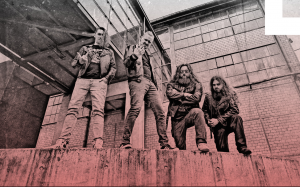 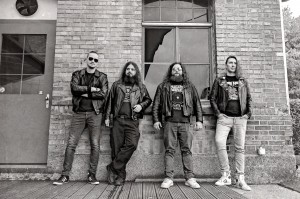 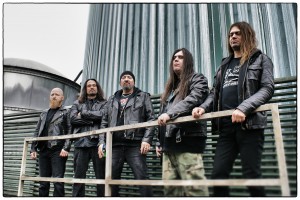 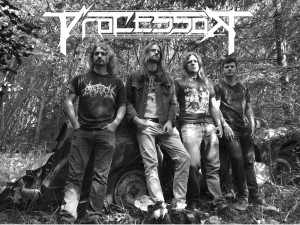 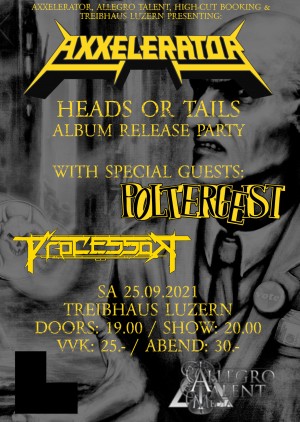